There may, just occasionally, be the discovery of the love of people’s lives.

There absolutely will be drama.

For every staff member who’s the life and soul of any room, who lights up any group and makes it sunny, you will, beyond all shadow of a doubt, hire people who, while fine at interview, will become the focus of drama in your spa.

You will also hire people who while perfectly sunny on their own, mixed with some other people will become a source of drama, of tension, and of conflict.

Don’t blame yourself – and to some extent, don’t pre-blame them, either. It’s human nature to find the drama in any group of people and bring it out.

But that being so, a workplace riddled with whispering, infighting, backstabbing, power plays and jealousy can rot the good mood and the productivity of any team from within.

That means while understanding that drama in spa situations is natural, you can’t let it fester and grow.

So how do you, as a manager, turn down the drama in your spa, and get people working together again for the benefit of your spa and your vision?

It’s difficult, because dealing with drama can have costs and consequences in its own right, but it has to be done – so how do you do it with the minimum of impact?

First of all, you as a manager have a pre-emptive role to play in limiting the amount of opportunity that drama has to raise its head in your spa.

If you establish job role boundaries and both job role and team role expectations early, everyone will know what they have to do, what they can do, and what is beyond the limit of their authority and expectation.

You always want to allow people to innovate, absolutely – but within their lane whenever possible.

Crossing into the lane of a fellow team members is where you begin to build drama, because the team member whose lane you’re crossing into may know their role perfectly well, and may feel your incursion into the role as an imposition, or may wonder whether you’ve been instructed to get into their business by management, breeding discontent both between peers and between staff and management, without any reality to inspire the dissatisfaction.

Let’s take a look at some anti-drama strategies that can help your spa stay drama-free.

If your spa environment is a psychologically safe workspace, you’ll inherently lower the temperature of the emotional landscape of the workplace, making it harder for drama to grow between staff.

That’s by no means an easy thing to establish, and it’s not something that can be driven by force. It has to be driven by example. It’s based on accepting and supporting people, irrespective of what the people actually say or do. It’s about seeing the people they could be, and nurturing them.

If you need to talk to people individually, that’s an investment of time that can pay enormous dividends, because you can spread the outlook of positivity and potential, and you can, in some cases, reset how people see themselves – which sometimes can not only help your spa business be a low-drama or drama-free environment but might help individual drama-prone staff see something beyond whatever drives them towards drama and conflict.

By investing in people and positivity, you can help to create a chain of forward motion and psychological safety, where everyone sees the best in people, the potential of people, rather than getting stuck on any momentary sharp words or dissatisfaction. That way, your spa staff becomes a strong community with positive emotional energy flowing in all directions.

Be A Caring Human Being, As Well As A Manager

Most people leave their managers or bosses.

Why? Because the bosses and the managers dictate the corporate culture of any workplace.

You can’t afford to let your staff leave. In a spa business, maybe 70% of your income comes from your service staff – your cosmetologists, your massage therapists, your manicurists and pedicurists. If your people are leaving, ask yourself what you’re doing – or not doing – that’s making them leave you behind.

Spa people, in particular, have a kind of vocation – they want to help people, they want to put smiles on faces. If they’re leaving, you need to be sure it’s not because they believe their managers don’t care about them.

It can be anything and it can be everything. Support your people. Invest in their lives both inside the workplace and outside it. Listen actively to them.

.Check in with them. Remember their birthdays and anniversaries, and send them something to celebrate those events, quietly, rather than performatively in front of everyone. Make human connections with your staff, while still being managers and retaining the ability to steer and even discipline them if and when it’s necessary.

Be clear from the word “Go” about what you expect of individual staff and teams. In addition to your culture of psychological safety, inculcate a culture of positive guest experience and teamwork.

If members of your spa team are having difficulty with the culture of positive guest experience, make sure they know you’re there to help – and be there to help them.

We’re all only human – sometimes, the work of making everyone else happy just feels like too much work and too little happiness. Be there to help them over any bumps in the road.

Be there for the rogues, too. The people who know the way you want things done, and decide to go their own way. They can cause all kinds of stress and broken communication chains with their colleagues in your spa if allowed to bump into the furniture and each other too often.

Be there, hear them, help them to find a positive way to synthesize their will and your vision for themselves, their colleagues, and your guests.

Refocus Your Team Of The Goals At Hand

There has to be a vision behind any successful spa business. It can never really be about just making money off your guests. There has to be a purpose behind it all, something your staff can connect with, work towards, and feel a part of.

Working every day can sometimes take the shine off that, or blunt it at the edges. Every now and again, get your team together in a fun way to refocus on themselves, the team, and the vision behind the work. This can also help them feel valued by and connected to you as their manager.

Navigate Around – Or Through – Any Conflict

Even if you have a workplace brimming with psychological safety, positive aspiration, shared goals and effective communication, guess what? You’re still going to have conflict from time to time.

Above all, Don’t Panic. The first response of most people to conflict is the fight-or-flight response. Breathe. Be calm. Learn to understand the response, but move beyond it to deal with the situation as it objectively is.

Understand what’s happening to you in the face of conflict, breathe, and move beyond your initial panic response.

From there, focus first on facts.

Notice what’s really happening, process it, and where possible, use an open approach to invite discussion and viewpoints. Say you’re noticing some things happening, and invite comment on what you’ve noticed, to get a sense of how others in the conflict view things.

Listen to those other viewpoints. Whether they seem valid to you or not, take them on board as the viewpoints through which others are looking at the situation you’ve noticed.

Once their viewpoint has been understood, explain your view of the situation. Only at this point should you try to do this, once they’ve had a chance to speak out their frustrations or issues, and felt heard.

At any time before this, putting forward your views can seem like cutting them off or smothering their experience of a situation with your managerial dominance.

Finally, renegotiate, resolve, or release. That means you have to weigh the intent of however many parties are involved in the conflict, including sometimes your own, and attempt to balance them to find a fair solution.

Attempt to reach an agreement with the staff involved, so that everyone can feel heard, their frustrations or grievances aired in a way where it doesn’t feel like they’ll get fired for speaking up.

Try to find some resolution to go forward together in a better mutual understanding, under which resolution any hatchets can be buried and the team vision can be re-established. You’re aiming to draw lines under conflict, and plant communication and teamwork in its place.

If you can do all this, you should be able to establish peace, productivity and positivity in your spa workplace, rather than letting drama flourish, fester, and sour the atmosphere for everyone.

Hey there, welcome to the blog! I’m Carmen. I have over 30 years of experience in the beauty and wellness industry. My goal is to help smart spa business owners and managers like you achieve the success and freedom you deserve and that I desperately wanted when I started. 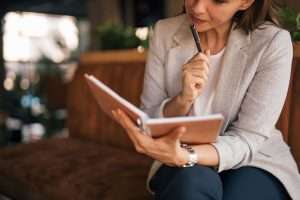 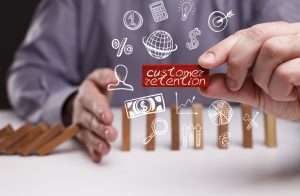 10 Questions To Ask In A Customer Satisfaction Survey

Get my latest tips and insights sent to your inbox!

Smart Spa Business is your one-stop shop for content, training, and resources on building a successful and thriving spa business.

10 Questions To Ask In A Customer Satisfaction Survey

How To Handle Difficult Spa Customers – 12 Strategies That Work!

The Complete Guide On The Importance Of Self Care